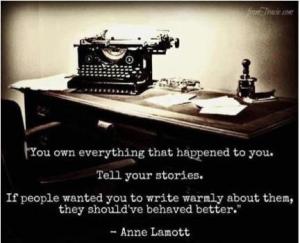 I am letting my geek flag fly! Great resource for content writing, editing, grammar and more.

“Money and Success is now following you…”

While scanning through my email in box yesterday, the phrase shown above caught my attention. I read through it a few times, my mind filled with purpose and intention. The words and I shared a brief exchange, a romantic interlude – Law of Attraction style – right there on the living room vision board.

I imagined briefly the myriad possibilities, wanton hopes and fanciful thoughts, allowing myself to fully experience the moment the universe would manifest its plan for us. As I read those words again now, they are just as satisfying and delicious as they were then.

Opening the email revealed the true meaning of it. Curiosity – and that poor, cute little fuzzy cat.

“Money and Success is now following you [on Twitter]”

I had to giggle and if my wide Cheshire grin was any indication, I had eaten a la petite curious cat for lunch.

Still invigorated by the heat and lingering aroma of sweat from my afternoon love affair, I realized that the universe had bestowed a gift upon me.

The day before had been an extremely long day, filled with one personal challenge after another. My goal was to educate myself in other Social Media applications and merge them into my new life as a freelance professional. Now “Virtually Self Employed” I felt the need to explore new areas of Social life and experience the culture. So I forced myself out into the world with the intent to play the field a bit.

LinkedIn and I met a couple of weeks earlier. Initially, I found myself bored and unsatisfied, running back into Facebook’s arms at every turn. But after getting to know one another I found myself appreciating who he is at the core and the purpose he serves. LinkedIn, Facebook I visit often and the three of us a have integrated nicely.

After putting on some fancy clothes and tightening my belt, I got right down to business with WordPress. I had read somewhere that building a relationship with a website or blog would make an honest woman out of me and I would quickly climb the ranks in Google. It took a while to make it the magic happen, but hit the dashboard running. WordPress and I happily bonded and we are expecting the arrival of our first domain any day.

Then I met Twitter. Life moved quickly at a downward angle after he forced me to sell myself a thousand times over, one click at a time. I was not able to satisfy that Social beast. It was so exhausting. After a Twitter Tantrum nuclear meltdown and humiliated after throwing a Twit right there in the middle of our Tweet, my hands flew up in defeated surrender. Battered, bruised and torn, I Twit and I left. And after cooling off and a short separation, Twitter and I worked through our differences and got the job done.

I realize now why my attraction was so strong with email. After reconsidering my history with Twitter, I needed to see those words to realize it had been worth the effort. I know now that the affair with email was born of fantasy, not from my heart.

I am grateful for the lesson and experience and can now appreciate the message the universe was sending to me.

This work by Patricia C. Shoffner is licensed under a Creative Commons Attribution-NonCommercial-NoDerivs 3.0 Unported License.
Based on a work at http://www.virtuallyselfemployed.wordpress.com.